LOS ANGELES, Sept. 30, 2021 /PRNewswire/ — Journalists from around the world joined tonight’s Gerald Loeb Awards virtual event and watch party, where the 2021 winners were announced, and two career achievement honorees were celebrated during the live show. The Gerald Loeb Awards are among the highest honors in journalism, recognizing the work of journalists whose contributions illuminate the worlds of business, finance and the economy for readers and viewers worldwide.

Tyler Mathisen, co-anchor of CNBC’s «Power Lunch,» served as the master of ceremonies for the live show. Antonio Bernardo, dean of UCLA Anderson School of Management and chairman of the G. and R. Loeb Foundation, welcomed Loeb Awards honorees and all attendees. Throughout the show, competition category announcements were voiced by Frank Mottek, host of «Mottek on Money» on KABC-AM.

In addition, winners of 12 competition categories were named, and those journalists were able to join the show from anywhere in the world and give their acceptance remarks live. Highlights from this year’s event can be experienced by searching #LoebAwards on Twitter.

Competition Winners
The following is a list of the journalists and media outlets that are 2021 Loeb Award recipients:

The board of trustees of the G. and R. Loeb Foundation and UCLA Anderson wishes to thank all those who contributed to the success of the 2021 Loeb Awards:

About Gerald Loeb
Gerald Martin Loeb was born in 1899 in San Francisco. He began his career in 1921, in the bond department of a securities firm. He moved to New York City in 1924 to help establish E.F. Hutton and eventually ascended to vice chairman of the board. During Gerald Loeb’s career, he was a favorite of business and financial journalists for his willingness to be interviewed and was described as «probably the most quoted man on Wall Street» (Forbes Magazine, 1955). He was also an author of two investment strategy books, a guest columnist for Forbes Magazine and widely considered a Wall Street icon. In 1957, he established the G. and R. Loeb Foundation (under the stewardship of the University of Connecticut) to present the Gerald Loeb Awards for Distinguished Business and Financial Journalism. In 1973, he transferred the stewardship of the awards to UCLA Anderson School of Management under the deanship of Harold Williams.

About UCLA Anderson School of Management
UCLA Anderson School of Management is among the leading business schools in the world, with faculty members globally renowned for their teaching excellence and research in advancing management thinking. Located in Los Angeles, gateway to the growing economies of Latin America and Asia and a city that personifies innovation in a diverse range of endeavors, UCLA Anderson’s MBA, Fully Employed MBA, Executive MBA, UCLA-NUS Executive MBA, Master of Financial Engineering, Master of Science in Business Analytics, doctoral and executive education programs embody the school’s Think in the Next ethos. Annually, some 1,800 students are trained to be global leaders seeking the business models and community solutions of tomorrow. 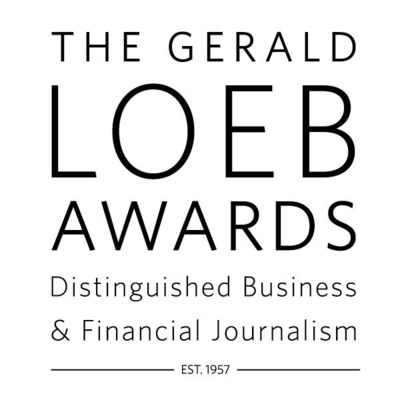