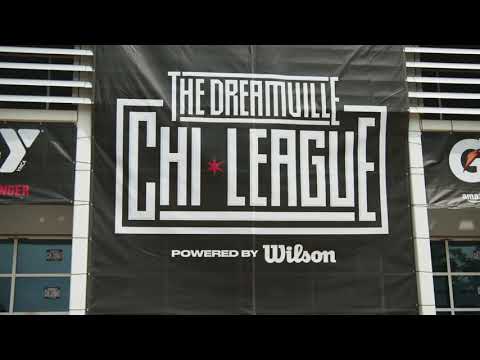 CHICAGO, Aug. 20, 2021 /PRNewswire/ — Wilson Sporting Goods today announced its multi-year national partnership with YMCA of the USA (Y-USA). The three-year agreement provides $500,000 in funding each year to enable access to sport for underserved youth. Wilson’s programming aims to motivate youth to actively participate, through exposure to real-life experiences such as panels, career fairs and mentorship, as well as access to courts, fields, events and industry-leading sporting goods.

«We are excited to partner with the Y to continue to grow our sport community,» said Kevin Murphy, General Manager of Wilson Team Sports. «By harnessing the power of play, we can bring kids into our Wilson family even younger and expose them to all of the opportunities sports can unlock, both on and off the court or field.»

Together, Wilson and the YMCA started their relationship earlier this month in Wilson’s hometown of Chicago with the YMCA of Metropolitan Chicago. In tandem with The Dreamville Chi-League Powered by Wilson, Wilson hosted three youth clinics led by local trainers and Chi-League organizers, and a Townhall at the South Side YMCA. Proceeds from the storied pro-am, which wraps up tomorrow at Chicago State University, benefit the YMCA.

«For generations, YMCA youth sports programs have helped children and teens learn how to become and stay active, gain confidence and develop the behaviors of a good sport and teammate,» said Kevin Washington, President and CEO of Y-USA. «This partnership with Wilson will help YMCAs extend these opportunities to young people in marginalized communities who might not otherwise have access to them. I am grateful for Wilson’s generous support of the Y and excited about the positive impact we can make in communities together.»

While the partnership tipped off with basketball at its core, Wilson and the Y will expand programming into other sports in the coming months. Wilson’s youth programming with the YMCA adds to the brand’s ongoing allyship efforts, which also include a high school program with the Thunder Fellows, and a college program – Gigs for Game Changers – with The Winning Edge Leadership Academy.

Wilson’s programming with the YMCA is expected to reach three markets per year, with Los Angeles and Cleveland planned for the coming months.

Chicago, USA-based Wilson Sporting Goods Co., a subsidiary of Amer Sports Corporation, is the world’s leading manufacturer of high-performance sports equipment, sportswear and accessories. The Company brings more than a century of innovation to sport at every level of play. It uses player insights to develop products that push equipment innovation into new territories and empower athletes at every level to perform at their best. Visit www.wilson.com for more information.

Driven by its founding mission, the Y has served as a leading nonprofit committed to strengthening community for more than 175 years. The Y empowers everyone, no matter who they are or where they’re from, by ensuring access to resources, relationships and opportunities for all to learn, grow and thrive. By bringing together people from different backgrounds, perspectives and generations, the Y’s goal is to improve overall health and well-being, ignite youth empowerment and demonstrate the importance of connections in and across 10,000 communities nationwide. ymca.org