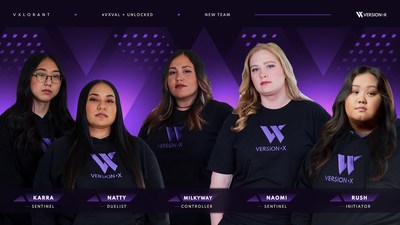 «Supporting diversity and inclusion in gaming has been an important part of our organization from our founding,» says Brett Diamond, chief operating officer at Version1. «The investments being made in women’s esports by organizations and game publishers are laying the foundation for a bright future. VersionX will immediately access the support structure we offer all of our teams: housing in Minnesota, state of the art equipment and a world class practice facility, media and content resources, and compensation that enables the players to be full-time esports competitors.»

Full bios for each player are available on Version1’s website.

Version1’s announcement comes on the eve of the third round of Verizon VCT Game Changers.

Eight teams will advance from the open qualifiers to the Main Event, next weekend (September 30 – October 3). This double elimination bracket features best-of-three matches leading up to the best-of-five Grand Final.

Verizon VCT Game Changers matches will be livestreamed on multiple Twitch channels (twitch.tv/valorant | twitch.tv/nerdstreet | youtube.com/valorantesports). VersionX match times and stream information will be announced on the Version1 Twitter as available.

Following Verizon VCT Game Changers Series 3, VersionX players will move to Minnesota. The team looks forward to living and working in an environment that caters to their competitive mindset.

At Version1 HQ, VersionX will have access to state-of-the-art gaming PCs and other training infrastructure. Being in the same location also provides logistical benefits when it comes to things like content shoots and daily practice schedules. Currently, the players live in different states and time zones across the U.S., including in California, Hawaii, Illinois, Maryland and Michigan.

«Our goal is to be the top female team in VALORANT and we know that with hard work, that will come,» says Kiara «Milkyway» Blue Kukilakilaokalani Makua, VersionX’s team captain and in game leader. «When we started playing together, we wanted to be good enough to make it to the main VCT Game Changers event and we’ve accomplished that. As VersionX, we’ll continue to build on our success. Being together in Minnesota will help us improve in-game, at a much faster rate.»

Verizon VCT Game Changers was introduced in February 2021 as a program that corresponds with VALORANT Champions Tour. The program is creating new competitive opportunities for talented women and other marginalized gamer communities within VALORANT esports. The program is global and VersionX represents the North American region.

Adding a women’s pro roster is a natural next step in Version1’s growth and development. It also reflects the identity of the staff at Version1: 60 percent of the organization’s leadership team is women as is half of overall staff.

Version1’s other teams include Call of Duty League’s Minnesota Røkkr. During the 2021 season, Røkkr built momentum as a top team and won CDL Major V, earning the organization its first-ever major tournament win. The team had a strong showing at CDL Champs, finishing fourth overall.

The Version1 VCT VALORANT team has also earned success early on. In 2021, it qualified for the first-ever LAN event of the VALORANT Champions Tour, competing as one of two teams representing North America at the VCT Stage 2 Masters in Reykjavík, Iceland. The team finished 5th/6th.

About Version1
Version1 is a multi-property esports organization headquartered in Eagan, Minnesota. We are proudly owned by Minnesota Vikings owners, the Wilf family, and entrepreneur and investor Gary Vaynerchuk. Our professional teams include Minnesota Røkkr in the Call of Duty League, Version1 in Rocket League and Version1 in VALORANT. As we grow, we’re adding new entertainment avenues, including streamers and content creators.

In 2021, Version1 founded V1SIONARIES, a platform providing women a safe place to compete, game, network and socialize. In partnership with USAA Insurance, it created Røkkr Regiment to connect with military members who share a passion for Call of Duty and provide access to exclusive opportunities and experiences.

Learn more about our organization by following us as @version1gg and @ROKKR or @rokkr_mn on all social media channels. 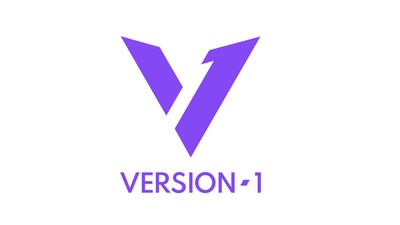