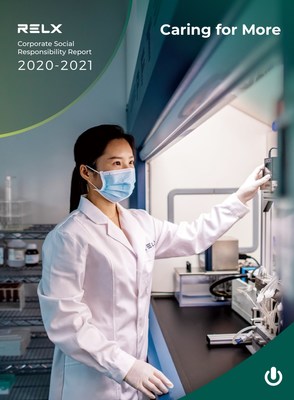 According to the report, RLX launched its latest minor protection technology Sunflower System 3.0 version that makes age verification mandatory before purchases for all stores in China. The newest system will be installed in the in-store point-of-sale machine. Any customers will need to verify their name-ID-face before the order can be generate.

«It may annoy some customers who think such procedure is inconvenient therefore decide not to buy from RLX, but we do not regret our decision,» said Zhang Di, head of data technology of RLX.

RLX has also kick offed its Pods Recycling project to convert used pods in China into raw material for producing cement. Disposal pods recycling has always been a problem for vaping industry, as it’s expensive and hard to regenerate secondary value. There is no mature solution in the industry.

RLX discovered that the metals in the pods can be recycled and processed into raw material to enhance the functionality of cement. Starting from this September, RLX  started recycling disposal pods of all brands in over 10 Chinese cities. The cement produced by collected pods will be donated to the rural areas to build infrastructure such bridges, roads, and lavatories.

«We are willing to share our Sunflower System 3.0 with the industry and the society, and the Pods Recycling project is also open for all brands,» said Kate Wang, CEO and founder of RLX. «Minor protection and pods recycling is not just a slogan; we want to make more solid effort to help the industry find a better solution.»

The company also announced its progress in wildlife protection in North-east China to improve the environment for endangered animal species such as Siberian tigers.

Since founding in 2018, RLX has spared no effort in fulfilling its corporate social responsibility with its own advantages and resources. So far, the company has invested over 60 million yuan in CSR activities and released two CSR reports.

The report also highlights the RLX’s effort in sustainable manufacturing. In 2020, RLX’s factory has reduced 76 percent of industrial waste comparing to 2019 and lowered its carbon dioxide emission by 15 tons than 2019.

The report in full is available here on