MCLEAN, Va., Oct. 13, 2021 /PRNewswire/ — SpaceLink, the company building the communications superhighway for the space economy, announced it has reached a significant milestone in the manufacture and launch of the initial constellation of four high-capacity optical relay satellites. Following a comprehensive tender process, leading satellite manufacturer, OHB Systems AG («OHB»), has been selected as the preferred tenderer for the initial constellation. 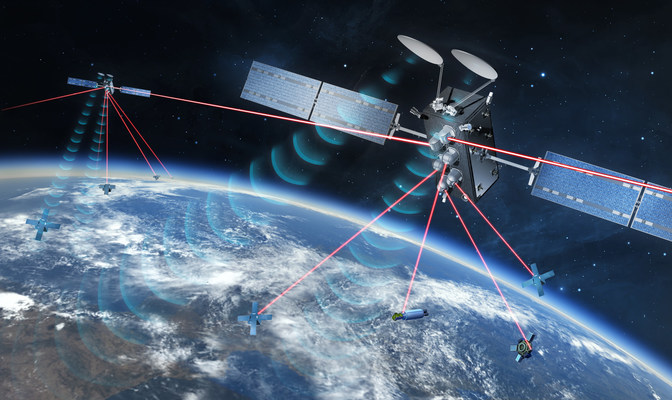 The parties are currently in advanced negotiations in relation to a contract for the manufacture and delivery of the initial constellation and expect to sign an «Authorization to Proceed» next week. An Authorization to Proceed is the legal basis for the commencement of the project, and the finalization of the Contract. The total value of the Contract is expected to exceed $300 million.

Negotiations with OHB have reached an advanced stage and the relevant terms and conditions of the Contract are expected to be legally finalized in the coming week. In addition, OHB intends to invest $25 million into SpaceLink as the cornerstone investor in the first tranche of financing for the project.

About OHB System AG
OHB System AG is one of the three leading space system providers in Europe. The company belongs to the listed high tech group OHB SE, where around 3000 specialists and system engineers work on key European space programs. With two strong sites in Bremen and Oberpfaffenhofen near Munich and more than 35 years of experience, OHB System AG specializes in high-tech solutions for space. These include small and medium-sized satellites for Earth observation, navigation, telecommunications, science and space exploration as well as systems for human space flight, and aerial reconnaissance.

About SpaceLink
SpaceLink will help advance humanity to a new age of space commerce, exploration, environmental awareness, and security. The Always in Sight™ data relay system provides global coverage to empower space system operators to maximize use of their assets. SpaceLink Corporation is headquartered in the Washington DC area and has offices in Silicon Valley, California. It is a wholly owned subsidiary of Electro Optic Systems Holdings Limited, a public company traded on the Australian stock exchange.

CNOOC Limited Intends to Deregister and Terminate Reporting Obligations under the U.S. Securities Exchange Act of 1934