SANTIAGO, Chile, Aug. 12, 2021 /PRNewswire/ — VSPT has reported an 11% increase in sales revenue for the second quarter of 2021. International sales volumes rose by 6%, while the volume increases in the domestic Chilean and Argentine markets were 5% and 33% respectively. 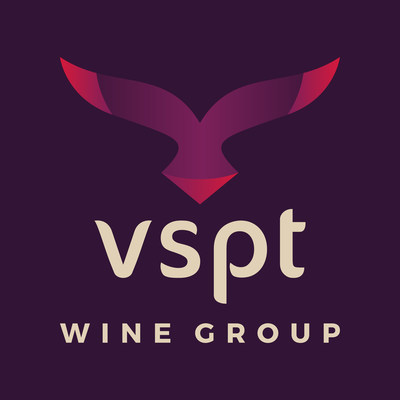 A better average price in dollar invoicing also led to an increase of 11% in the international market and an increase of 14% in the domestic Chilean market. Meanwhile, the average dollar price for Argentine domestic sales grew by 11%.

Better prices in the international and domestic Chilean markets can be attributed to a better sales mix. In absolute terms, the wine group’s gross margin showed an increase of 7%, from US$ 31 billion to US$ 33 billion1.

As was the case in Q1, these factors enabled VSPT to offset the negative external variables that arose during the first half year, such as the high cost of wine and the exchange rate.

Net profits decreased 29% due to non-operational reasons, such as asset revaluation during 2020.

These are promising results from the group, which ranks among the world’s Top 20 wine exporters, and has continued to report positive figures and sustained growth so far this year.

The second quarter also saw VSPT reveal a new corporate image, choosing a silhouette of a condor – known as the guardian of Andean culture – to head up the new  logo.

The condor is a majestic bird which, in a single flight, can fly across both Chile and Argentina – the territories where the VSPT Wine Group’s wines are born.  The modern typeface and colour scheme have also been chosen to communicate the company’s key messages of sustainability, innovation and passion for winemaking.

In the United States, VSPT has continued to strengthen its commercial presence through various activities aspiring to increase awareness of the group’s main premium brands among the American public.

This includes 1865 from Viña San Pedro, which grows over 240% in volume sales in the second quarter and is excelling with great scores because of its outstanding quality. As well as Sideral, one of the biggest surprises in the US market last year, which is now available with its attractive new label nationwide.

On the other side is Graffigna, the group’s latest acquisition from Pernod Ricard in 2019, achieved 84% growth in sales during this second quarter, as well as celebrating being one of the most historical wineries in Argentina with more than 150 years of excellence.

VSPT Wine Group is one of the Top 20 global wine producers (17 million cases per year) and is a leader in wine sales in Chile. Sustainability is at the heart of the world-class organization, which is also among the Top 10 producer in Argentina and is an important player in the world of sparkling wines.

The wine group is comprised of renowned brands with leadership in diverse markets, such as Altaïr, Cabo de Horno Sideral, 1865, GatoNegro, Gran Reserva Tarapacá and Leyda in Chile, as well as La Celia and Graffigna in Argentina.