NEW YORK, Aug. 5, 2021 /PRNewswire/ — New Amsterdam FC (NAFC), a professional soccer team that plays in the National Independent Soccer Association (NISA), has announced Hofstra Soccer Stadium as its home venue for the Fall 2021 season. NAFC will play a total of nine home games at the soccer specific stadium beginning this Saturday, August 7 against the Los Angeles Force at 8 p.m. Tickets are available now at www.nafcny.com. 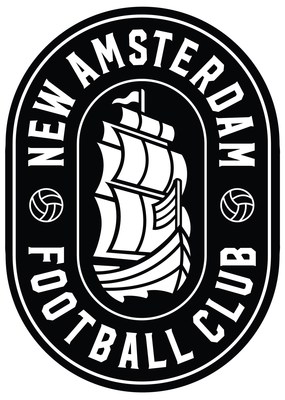 «I know firsthand what it’s like to play professional soccer in front of passionate New York soccer fans,» said NAFC Head Coach Boune Coundoul. «The beautiful game stands alone, but the true beauty of this game is having our supporters cheering us on from the stands. At the end of the day, we are the «Club of the People» and there’s nothing better than having our people with us. Our players can’t wait to play in front of a home crowd for the first time at Hofstra Soccer Stadium this Saturday night.»

NAFC officially joined NISA, the third tier of professional U.S. Soccer, last year. With a new team and new season set to kick off this Saturday, NAFC’s mission remains unchanged: provide opportunities for local players to achieve their dreams of playing professional soccer while embodying New York on and off the pitch.

«As an organization, we have always set out for New Amsterdam FC to be our gift to New York. Whether that’s between the lines or in the community. As our city goes through a rebirth so does our club,» said Sporting Director Max Mansfield. Our love for our city and for this sport has only gotten stronger. I think many of us are rediscovering New York and I invite fans and supporters to come out and rediscover football too, starting this Saturday.»

Single game tickets start at just $15 per match for youth (ages 16 and under) and $20 for adults. Full season tickets are available starting at just $120 for youth and $150 for adults for nine home games beginning this Saturday, August 7 through November 21, 2021. For further ticket information, news and updates visit www.nafcny.com and follow NAFC on Twitter, Facebook and Instagram.