/NOT FOR DISTRIBUTION TO U.S. NEWSWIRE SERVICES OR FOR DISSEMINATION IN THE UNITED STATES/ 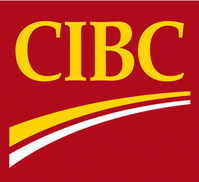 The LRCNs will bear interest at a rate of 4.000% annually, payable semi-annually, for the initial period ending on, but excluding, January 28, 2027. Thereafter, the interest rate on the LRCNs will reset every five years at a rate equal to the prevailing 5-year Government of Canada Yield plus 3.102%. The LRCNs will mature on January 28, 2082. The expected closing date of the offering is September 14, 2021.

CIBC may redeem the LRCNs during the period from December 28 to and including January 28, commencing on December 28, 2026 and every five years thereafter with the prior written approval of the Superintendent of Financial Institutions (Canada), in whole or in part on not less than 15 nor more than 60 days’ prior notice.

The net proceeds from this transaction will be used for general banking purposes of CIBC.

CIBC is a leading North American financial institution with 10 million personal banking, business, public sector and institutional clients. Across Personal and Business Banking, Commercial Banking and Wealth Management, and Capital Markets businesses, CIBC offers a full range of advice, solutions and services through its leading digital banking network, and locations across Canada, in the United States and around the world. Ongoing news releases and more information about CIBC can be found at https://www.cibc.com/en/about-cibc/media-centre.html.