ARLINGTON, Texas, Sept. 2, 2021 /PRNewswire/ — The Dallas Cowboys are inviting fans of all ages to a free Watch Party on Thursday, September 9th at the new Miller Lite® House at AT&T Stadium. Gates will open at 5:30 p.m. and the NFL’s season opening kickoff game featuring Dallas at Tampa Bay will be broadcasted at 7:20 p.m. across over 60 television screens. Entry and parking are free. 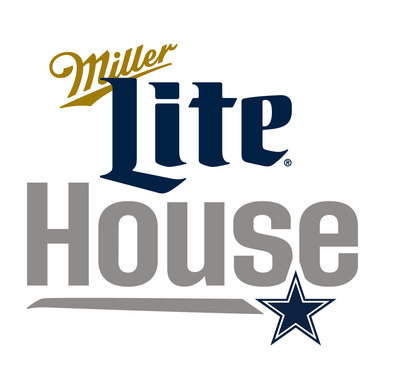 The Watch Party event will feature performances by the Dallas Cowboys Cheerleaders, appearances from Dallas Cowboys alumni, the official mascot, Rowdy, and showcase Dallas Cowboys gameday traditions for fans to enjoy as the Cowboys kick-off the regular season against Tampa Bay.

Free parking for fans is available in parking lots 10 and 11 with free admission through the Miller Lite® House entrance.

About AT&T Stadium:
AT&T Stadium is the largest, most technologically advanced entertainment venue in the world. Designed by HKS and built by Manhattan Construction, the $1.2 billion stadium features two monumental arches, the world’s largest HDTV video board cluster, an expansive retractable roof and the largest retractable end zone doors in the world. Features of the stadium include seating for 80,000 and expandability for up to 100,000, over 300 luxury suites, club seating on multiple levels and the Dallas Cowboys Pro Shop, open to the public year-round. New for fans of all ages for the 2021 season, the Miller Lite® House will provide a new experience while boasting a 70-yard Cowboys turf field featuring field games, four video boards and over 60 television screens, two fantasy football screen walls, over 87,000 outdoor square-footage for event day experiences. The space also features two beer gardens and a walk-in beer cooler. The stadium is also home to a world-class collection of contemporary art, made up of over 92 works of art by 62 established and emerging artists displayed on the walls and in the grand public spaces of the venue. In addition to being the home of the Dallas Cowboys since opening in 2009, the stadium has hosted Super Bowl XLV, the 2010 NBA All Star Game, the annual Goodyear Cotton Bowl Classic, the 2014 NCAA Men’s Final Four, the 2015 inaugural College Football Playoff Championship Game, the 2015 50th Anniversary Academy of Country Music Awards show and WrestleMania 32. The venue has also played host to high school and college football, concerts, championship fights, international soccer matches and other special events. For more information, go to attstadium.com.